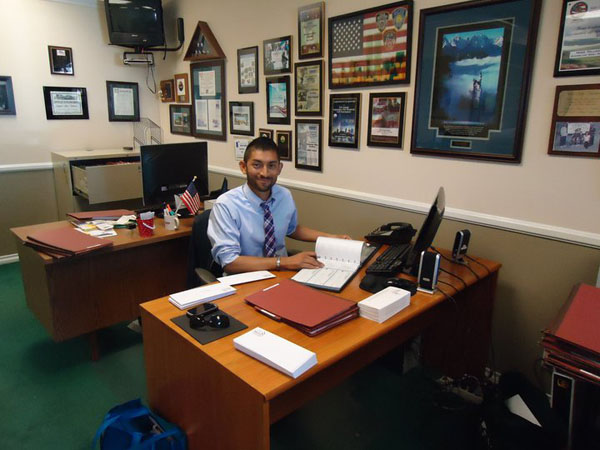 My name is Alex I am one of the new guys to the 9/11 foundation. I served with Alpha Company 1ST of the 75th Ranger Regiment out of Hunter Army Airfield, GA. I completed three combat tours with my unit, earned my Ranger Tab and a list of other Awards, Accommodations and ribbons.

Before I tell you how Mike Talleda and the guys with the foundation had a positive impact on my life, I would like to tell you a little bit about me. I was born in Los Angeles, California and grew up in the Ramona Garden Projects, and eventually West Covina. My Grandfather served in the Army and Navy during World War II. He was such an influential person in my life that I new someday I would serve my country as well. I joined the Army at the age of 21 on February 14, 2000 with a Ranger contract. I attended boot camp, airborne school and the Ranger Indoctrination Program (R.I.P) at Ft. Benning GA. I arrived at my Ranger unit as a Private First Class and was immediately on the fast track to Ranger School. I learned about the events of 9/11 while I was in Ranger School. Once I finished the course in early November of 2001 I learned that my Platoon would be one of the first of several Spec Ops units to deploy to Afghanistan for the specific purpose of capturing or killing Osama Bin Ladin and any other HVT’s (High Valued Targets).

The first deployment was difficult we lost a few Rangers and other solders while in support of Operation Anaconda. Our helicopter was shot down while on our way to rescue Navy Seal Neal Roberts. Many good men where lost and the events of that day have been burned into my mind. I moved up in rank and served my other two deployments as a Team Leader in several QRF missions, Raids, Casualty Evac and Recon patrols. We conducted these missions throughout most of Afghanistan and “other” areas in the region. I had several close calls, as we all did but in the end we always completed the mission.