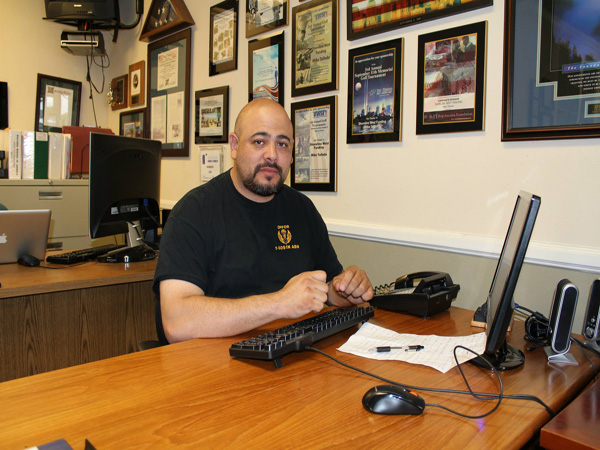 I SGT Rojas, Gilberto A. joined the U.S. Army in 2005. My first duty station was in Germany 1st ID 2 BCT 1/26 INF Reg Cco 2 PLT. I was deployed to Iraq, Northeast Baghdad in Adhamiyah, in 2006-2008. We lost 14 soldiers in our company and made the news in CNN, Time magazine, and Army Stars and Stripes as the unit that got hit the hardest since the Vietnam War. I came out in a book that was written by Kelly Kennedy, “They Fought for Each Other”. I lost two of my soldiers, CPL Hill and CPL Agami.

At that time I was wounded a couple of times, so after my unit got back to Germany I PCS to Fort Polk, Louisiana to 1-509th ACO 1st PLT ANB INF(OPFOR) under JRTC were I was medically retired due to TBI,PTSD, and two surgeries from IED and EFP blasts. Later came to California and was having trouble adjusting to civilian life but met this amazing woman, Marbella, and her family that have been a great support in my life. A friend recommended us to go to El Cholo Restaurant where Wounded Heroes of America would be holding a meeting for vets. We went to it and there was the most amazing group that supports and helps each other with moral and information about how to get education and other benefits that the VA offers.

I’m so thankful that I have met the founder, Mike Talleda, and the soldiers. They are the biggest support team that Mike has. Mike has been a big impact in every soldier and to their families’ life. The one thing that I will never forget is that day I got to El Cholo, Mike had greeted me and the whole group and this family that we started to talk to, the Hernadez family. Alex Hernandez is a former Marine that we talked with for hours and I told him what I was going through.