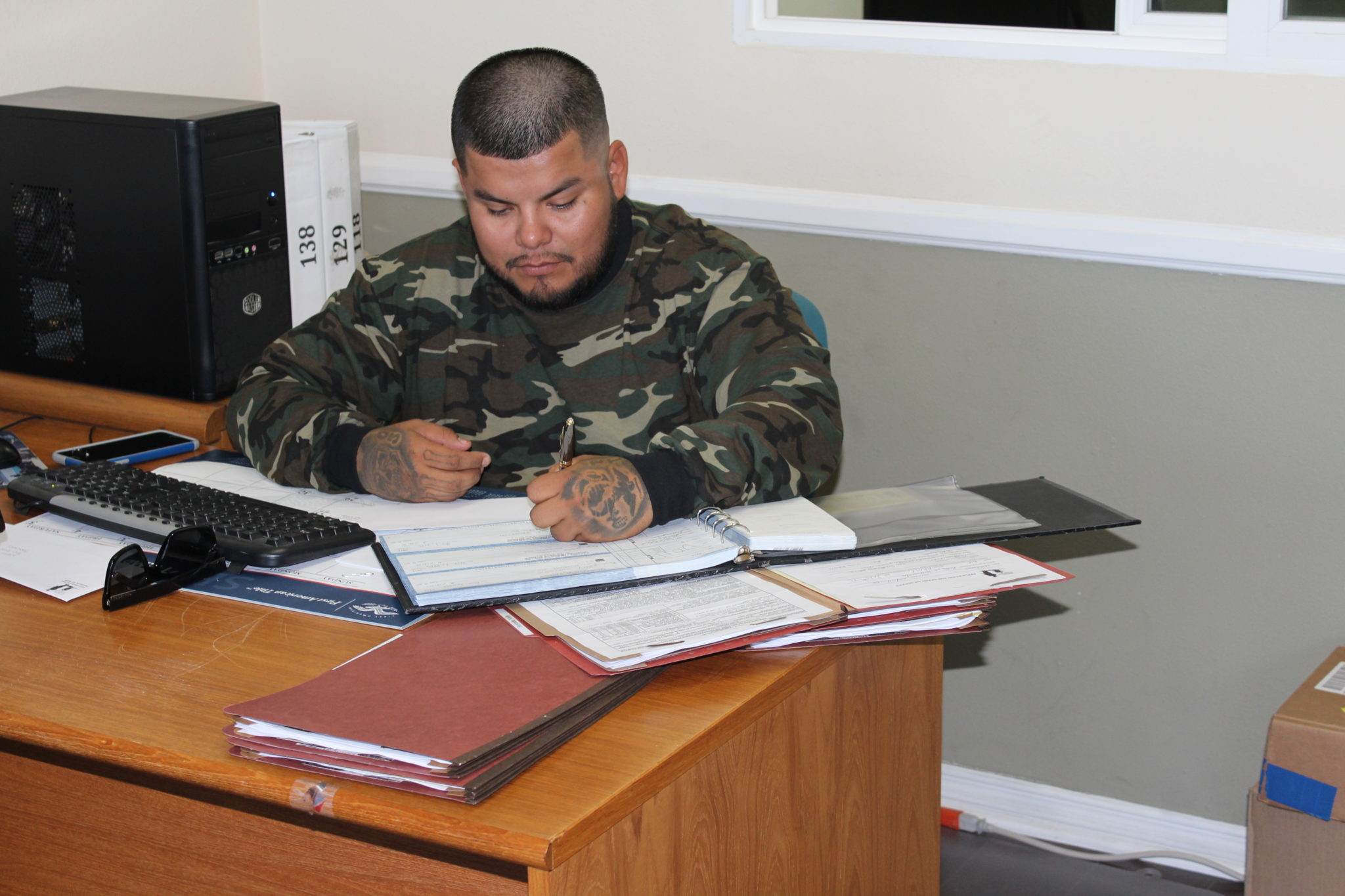 My name is Ronald Javier Enequesalazar. I was born in Lima, Peru. Country located in South America. In the year 1991 I was brought to the United States of great America by my parents for a better life. I was 8 years old when I arrived to this country. I started 4th grade and went on to high school where I graduated in the year 2001. In the beginning of the following year I swore in and became a US Naturalized citizen.

I attended Rio Hondo Community College right after high school and held a part time job at Disneyland and participated in the Bell Gardens Police Explorer Program. Throughout my life in the early 90s I recalled watching the war in Kuwait on TV. I remember seeing warriors with gas masks and they looked scary but tough at the same time. I always kept it in my head and as time went by came across posters of Marines in camouflage uniform coming out of the water. I told myself one day the Marine recruiter did not talk to me during my senior year in high school. So I figured it was time to go pay him a visit. Looked up my nearest recruiter located in Whittier, CA and proceeded on to joining the US Marines.

On December 30, 2002 I arrived to MCRD San Diego for Marine Corps boot camp. No clue of what I got myself into but I made it out in 13 weeks. I graduated boot camp March 28, 2003. Eleven days after the invasion to Iraq. I knew where I was going because I had initially pointed out I wanted to be in the infantry. To this day I thank God my MOS was never changed. During School of Infantry I suffered torn tendons on my ankle which backtracked me from graduating on time and my orders went from going to 3rd Marine Regiment in Hawaii to 7th Marine Regiment in 29 Palms. I couldn’t be happier I was staying in California.

I arrived to 29 Palms, CA on August 29, 2003. My unit 3rd Bn, 4th Marines, I was assigned to India Co, 2nd plt. My time in the fleet started and I fit in with the guys being that I was the only Hispanic in the platoon. I paid as much attention to my senior Marines who had been part of the initial invasion of Operation Iraqi Freedom. I had a great amount of respect for them and learned as much as I could during our training operations and put in all my efforts during range training. This was the unit that was known for bringing down the Saddam Hussein Statute in Baghdad. I was proud of being part of them. On December 2003 couple of weeks before Christmas we left to Okinawa, Japan for some Jungle Warfare Training; however that immediately changed when the battalion was ordered back to Operation Iraqi Freedom II. The time had come to finally experience what a war was like. It was a tense moment but as well as a moment of the most adrenaline I have ever experienced.
We arrived to Kuwait in the month of February 2004 to Kuwait. Immediately after made our way on convoy to Iraq, it will take us approximately 2 ½ days to cross the border.
Our area of operations was assigned to Rawa. Iraq. We had only experience a few motorcycle drive bys and a few pop shots but nothing where we would engage. We had built our Battle Position from scratch. It was endless days of filling sandbags. In April 2004 our battalion was ordered to Fallujah, Iraq for Operation Vigilant Resolve. It was considered one of the deadliest operations with the most American troop casualties. We returned back to country on July 12, 2004.

On January 3, 2005 we were back in Fallujah, Iraq for OIF III for Iraqi election time. This time we were dealing with strapped woman with explosives, ieds, and bvieds. We operated in and out of the city and into various cities nearby. Enemy contact was at a minimum during my 2nd tour. On August 1, 2005 we were back in country.

Now my 3rd tour I didn’t really see it coming but I was prepared for anything. On January 4, 2006 my then girlfriend found out she was pregnant. On January 6, 2006 after returning to base I was informed of a list of senior Marines going over to 1st Bn, 7th Marines, another unit for a 3rd OIF deployment. I was part of that list. I married my now ex wife on February 14, 2006 and boarded the plane on February 28. Our unit arrived to Al Qaim, Iraq beginning of March. We were not too far from the Syrian border. This was one of my toughest tours I will say because I lost one of my Marines in my fire team. During my first two tours I lost brothers as well but from different companies and battalions the feeling sucked but I think what was worse was the fact that I had trained this Marine and the fact that the fire team was a closer camaraderie.

I was brought back from my 3rd tour two weeks earlier before the battalion. Arrived in country September 6, 2006 and following my son’s birth on September 9. I extended my contract 4 more months but was unable to reenlist. I was honorably discharged from the Marine Corps on April 29, 2007. I attempted again in 2008 but I still couldn’t pass any of the hearing tests. I joined the reserves from 2008 to 2010 nothing interesting happened there but a visit to Estonia for annual training.

My marriage ended in October 2010, approximately one year later I crossed paths with my now ex girlfriend and mother of my two beautiful daughters. We lived together for about 2 years but didn’t seem to get along always having problems. I am now a father of 3 children, ages 9, 3 and 1 which I see every other weekend. I would complain about the rough paths of my life but you don’t get anything out of it. I do everything in my power to make my kids happy and I can say I am thankful to them that I still keep on going.
I am a very proud Marine I am glad and happy I made the choice I made to join. I am thankful to this country for giving me an opportunity to stay here. I am a Patriot and I will do it all over again. The PTSD I look at it as something everyone goes through after a war environment. Maybe I was just slow with asking for help in the beginning but it is never too late and now I am here telling you about myself in this letter. Thankful to the day I got a hold of Mike Talleda from Wounded Heroes and who has not disappointed me unlike most VA personnel.
Ronald Javier Enequesalazar