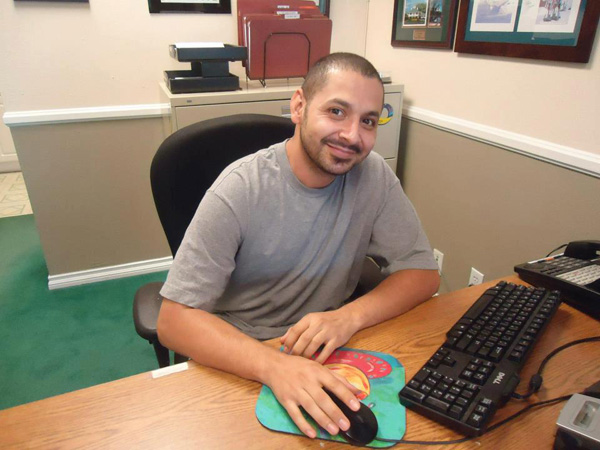 Hello my name is Daniel and I grew up in California. I’ve always been “go getter” I never really depended on anyone for anything -I started working when I was 14 years old. I bounced around a lot growing up- I had my first baby in 2000 the same year that I graduated from high school. That was the day that I join The United States Army -September 25, 2002. I joined to become a 91 fox fuller. I went to basic training to Fort Knox Kentucky and later sent to IET in Virginia at Fort Lee for schooling to become a fuller- Fort Story Virginia 19th Q’ m. Within two weeks of arriving at my duty station, I was deployed twice Iraq “Operation Iraqi Freedom 03-04 and 04-05”.

When I got back in 04′ I felt that I didn’t fit in with my family. I always stayed at home. I had my son ISAIAH- I didn’t pay attention to him, I didn’t have many emotions. It was very difficult giving him hugs or kisses or showing any affection to him or my family. It was just me keeping things to myself. Before my second deployment I already knew there were things wrong with me. I felt danger in every direction. Then I was sent again to OIF 04 to 05. On my second tour we were the one called “Dragons Express” dropping of fuel to different Fobs – we were around IED blast all the time we were there. When I came back to the states, I was diagnosed by the ARMY with Severe Migraine, PTSD etc… Since, that time I’ve always been told by doctors seeing me that I have only about 2 years to live. They found severe problems in my Brain- but I’m still here.