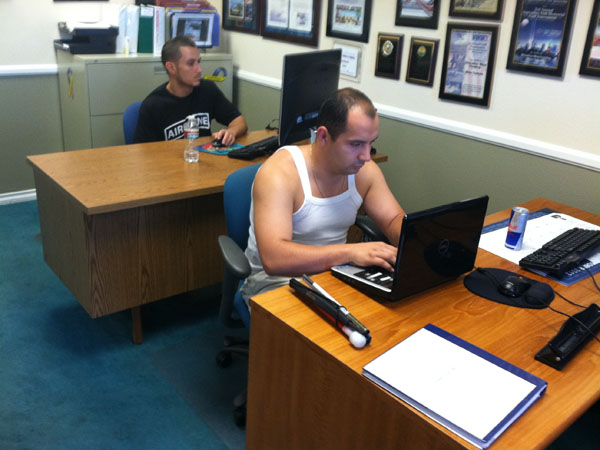 To my fellow members of the foundation,
Hey what’s up guys! First of all, I would like to apologize for taking this long to write a monthly newsletter, seeing that I have been with the foundation for so long. Now I know most of you know me and know my story, but I also know we have had a hand full of new guys added to the foundation since I was added to the family. My name is Manuel, but everyone just calls me Manny and I am one of the two blind or visually impaired guys of the foundation. I was born in El Salvador, raised in New York and then moved to California and was raised a little more in the city of Rialto.

I lost my sight back in November of 2005. I met Mike in the beginning of 2008. At the time I was living in a bedroom I was renting out, and was only making under 700 bucks a month with my first child on his way. Some of you have met him and my little girl, Manny and Allison. So at the time the 200 bucks that the foundation started sending me really went a long way. And I have been a part of the foundation since. Thanks to the great info network that we share with each other, I now am receiving all my benefits and have bought my first place, a little condo in Ontario.