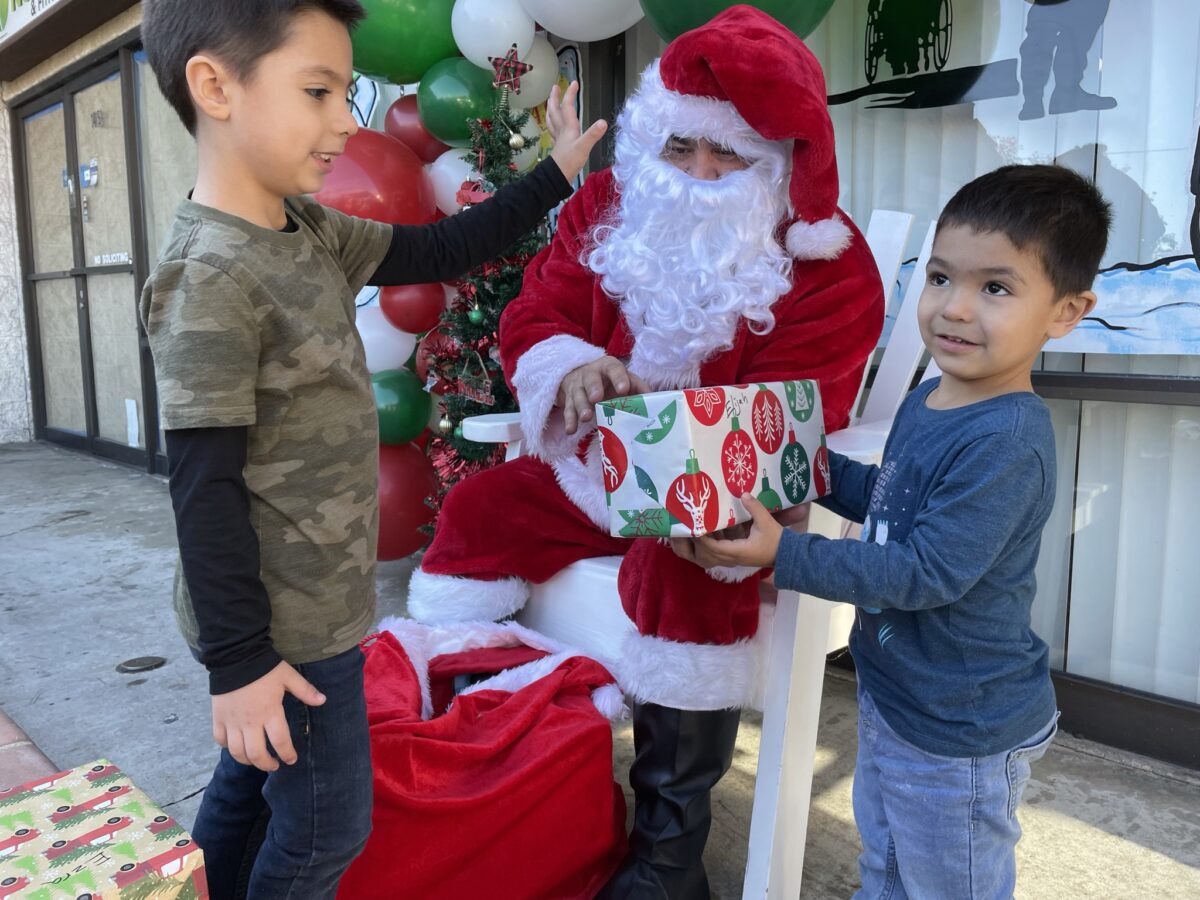 As the saying goes, “A picture is worth a thousand words.”

So, here are a few pictures that tell a wonderful story of a wonderful day with our vets and their children.

First, we want to thank all of our friends, supporters, and volunteers who make Operation Santa one of our favorite programs of the year. We’ll start with the best friends of Wounded Heroes of America’s Operation Santa: The El Segundo Fire Department.These firefighters are huge supporters of our Christmas program, and they come through for our kids year after year.

On Saturday, December 11, from early in the morning until well into the evening, we had a stream of veterans and their families come to Santa’s headquarters in Hawthorne, CA, to spend time together and to see what Santa brought. We barbecued hot dogs and burgers, and the kids had a blast hanging out with Santa. I can say, without a doubt, that Santa enjoyed the day as much as the kids did—if not more so.

We want to give a special thanks to Santa’s top elves, Wendy and Rocio. This Christmas would have been much different without them. Thank you!

Santa still had more to do, however. The next stop was the Navajo Reservation, to visit with our vets and their kids.

Our brothers and sisters on the Navajo Reservation.

Visiting the Navajo Reservation is one of our favorite aspects of Operation Santa. We have been going there for years. It all began when I was invited to a Purple Heart ceremony in early 2007, where I met several soldiers who were being presented with Purple Heart medals, among whom was Alroy Billiman, a Navajo soldier who was wounded in Iraq by an IED. Like with many combat wounded, coming home was tough for Alroy. We helped him through some challenging times, and became close in the process. Over the years, he has introduced us to other Navajo OIF and OEF combat wounded, and the number of vets we have assisted on the Reservation has increased. Life on the Reservation, especially for combat wounded, is tough; they don’t have the same resources that we have in Southern California.

Christmas with the Navajos started with Alroy and I meeting in Phoenix, where I would give him extra toys from Operation Santa that he could pass out to the kids on the Reservation. Now when we visit, it’s like going to see family. Alroy is a rancher who lost an arm in Iraq, but it hasn’t slowed him down a bit. Watching him run his ranch is nothing short of amazing.

Another vet we have a strong relationship with is West James. He was on a horse before he could walk, and the last thing we did on the way home was stop at his place to see a wild stallion he had recently caught. The Reservation is full of wild horses, and West gave us a demonstration of what it takes to tame one.

Despite Covid, lockdowns, and everything else we have had to deal with the last two years, Operation Santa 2021 was a remarkable success, and we want to thank all of the donors and volunteers for their help and contributions.