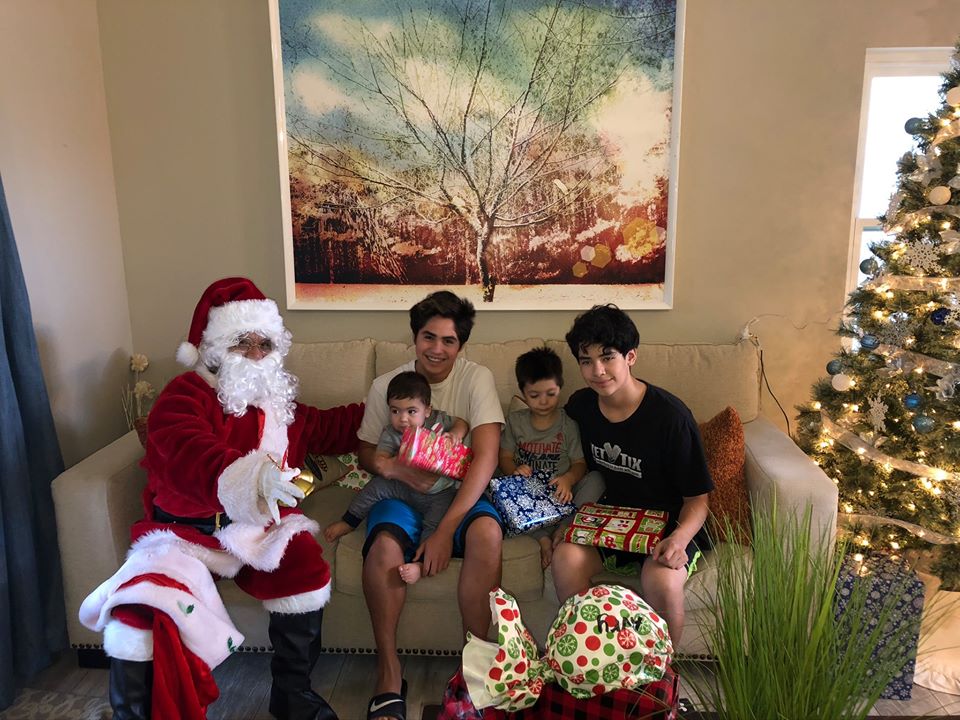 Christmas 2019- I think the Christmas story this year should be about a Hero.

I met Alroy Billiman at his Purple Heart ceremony back in 2007.

I like to keep things raw and real, and as you can tell by the videos and photos they are as raw and its real as they get. We’ve had a great Christmas this year. We traveled all around Southern California delivering gift to children of our combat wounded vets -as we do every Christmas. However, our final trip was the most memorable. It was our trip to the Navajo reservation and a visit with Alroy Billiman to deliver toys to children on the reservation.

Alroy is a Navajo combat wounded veteran from Iraq who was wounded by an improvised explosive device (IED) and lost an arm in the explosion. You can imagine a blast strong enough to blow off and arm what that could do to your brain as well, traumatic brain injury, loss of memory and many other related
issues.

We’ve known many veterans that have been severely wounded with life changing injuries and in many cases just dealing with every day challenges is an ordeal. Alroy is no exception – like many combat vets getting back on their feet after a devastating injury is a challenge – many struggles with all sorts of issues, alcohol being one of the most difficult of all. He experienced them all. Coming home severely wounded created a lot of problems that only alcohol could solve-or at least for a time that’s what he thought. After divorces, relationship issues, problems with the law and basically almost losing everything by some miracle he got sober and began to turn his life around. He got involved in a small AA meeting on the reservation and began his journey to sobriety and a new mission in life -to help others on the reservation suffering from the same malady.

It’s not hard to see his influence among his fellow Navajos suffering from alcoholism – he has become a respected leader in his community. Life isn’t perfect by any means but given the many destructive choices that returning vets often make, including taking their own lives, Alroy has chosen to help others. There are many vets struggling daily with PTSD, depression and Isolation, occasionally one stands out because they choose to have a life of service to others thereby making their life a better one. We always admire those that beat the odds – Alroy has certainly done that.

The other part of this story is a short one. We love going to the reservation and meeting the people and learning more about life on the Navajo reservation. It is a bit cold this time a year, but it makes for lots of Hallmark moments.