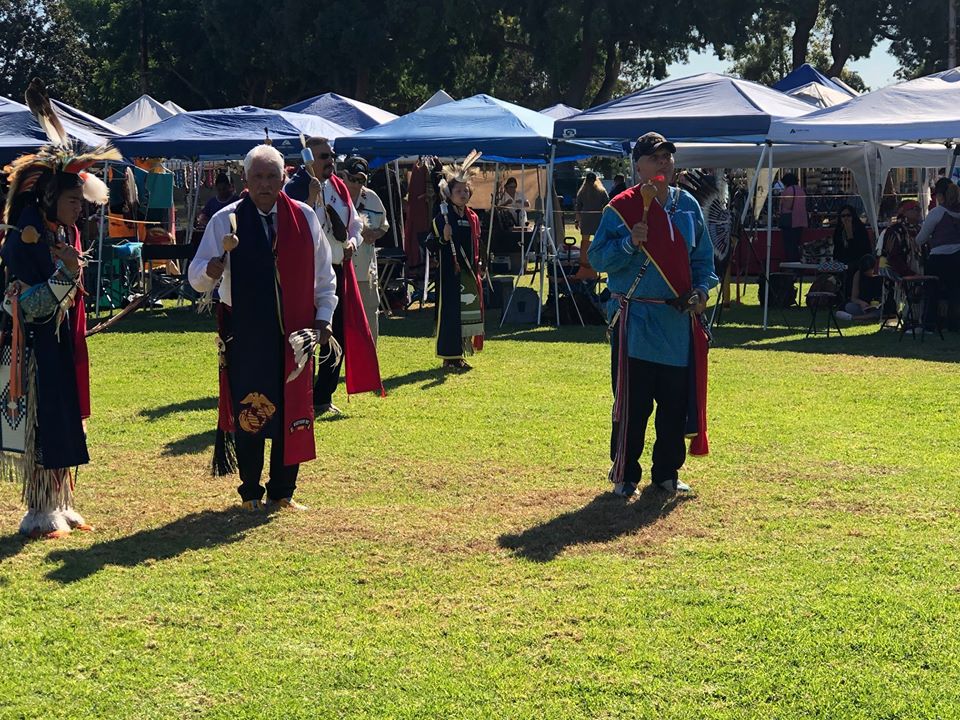 This weekend we had the opportunity to attend the 18th annual Native American Veterans Association (NAVA) – Veterans Day POW POW. We at Wounded Heroes of America have a great interest in learning more about the Native American Veterans and their service to our Country. We have some very good friends on the Navajo Reservation and have had post 9/11 combat wounded Navajos vets in our ranks from the very start of working with combat wounded vets.

Theirs is a beautiful culture of very proud people with a long history of service to our Country. Even though their story is not one of our Country’s proudest chapters, they have fought for it time and again.

We also attended the Veterans Day ceremony at Redondo Beach Veterans Memorial Park, a great place to honor our county’s veterans. Over the last five years we’ve had the honor to serve on the task force that organizes this event. It takes a large team to make this happens with much of the heavy lifting done by young people from Redondo Union High School ROTC, Sea Cadets, Boys and Girls Scouts, not to mention the city of Redondo itself.

A little history of Veterans Day

When Is Veterans Day?

Veterans Day is observed every Nov. 11. That date symbolizes the end of World War I. World War I ended in 1918 on the 11th hour of the 11th day of the 11th month. At that time an agreement was reached between the Allied nations and Germany to end the conflict. The war officially ended June 28, 1919, with the signing of the Treaty of Versailles.

Is Veterans Day the Same as Armistice Day?

In 1919, a year after the end of conflict, many countries declared Nov. 11 as Armistice Day. The day was designated as a day to remember the ending of the war and honor those who served in World War I. Armistice Day became a federal holiday in the United States in 1938. It was later renamed Veterans Day.

Why the Name Changed

World War II mobilized more than 16 million people from all the armed services, making it the greatest mobilization in U.S. history. The Korean War saw the mobilization of 5.7 million Americans. Following those two wars, veterans’ service organizations lobbied Congress to rename the Nov. 11 holiday Veterans Day. The groups believed the day should honor those who served in all wars. On June 1, 1954, President Dwight D. Eisenhower signed legislation that renamed the holiday and officially made it a day to honor American veterans of all wars.